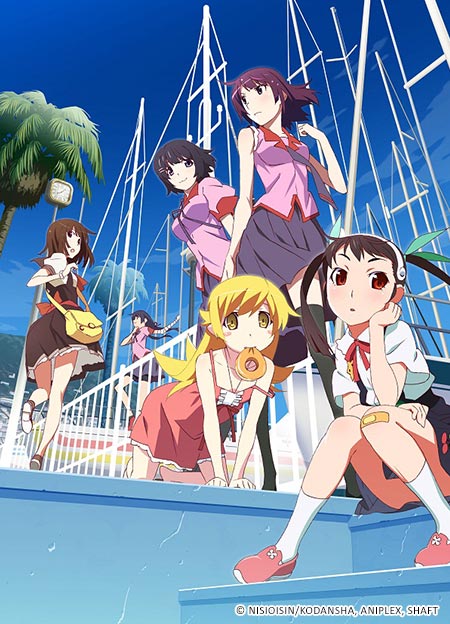 These stories take place after the end of the summer vacation when the apparition of the bee had left and the apparition of the phoenix avoided any consequences… Now that Koyomi Araragi and the girls were entering their new school terms, they were once again about to encounter supernatural beings…but this time, they may not be so easy to deal with. 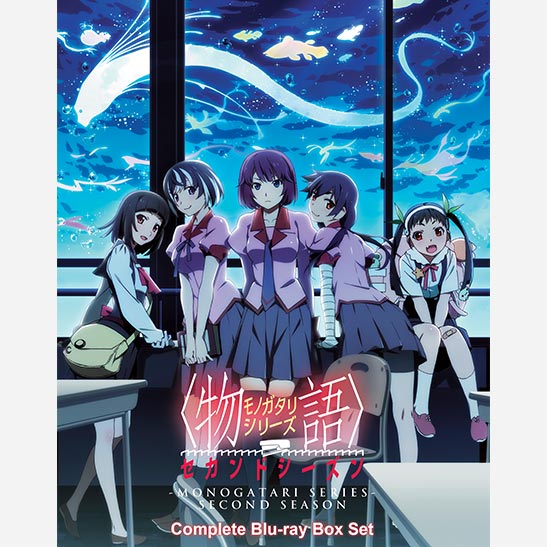 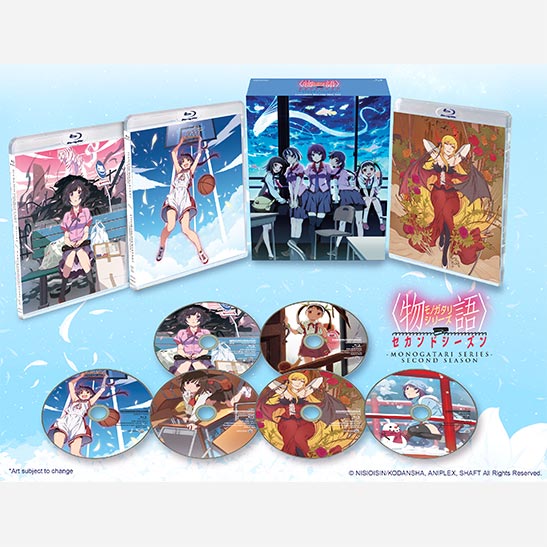 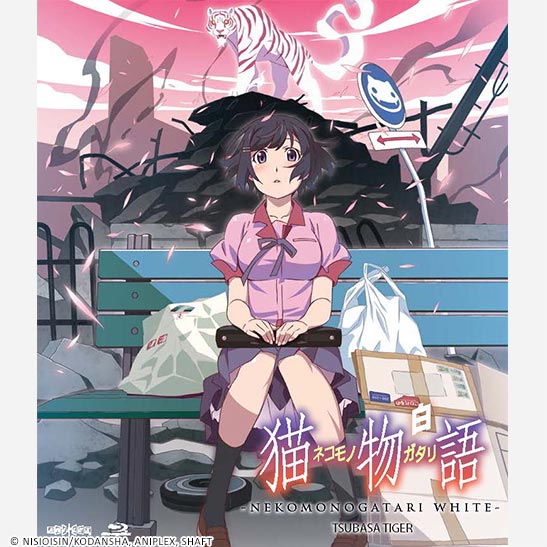 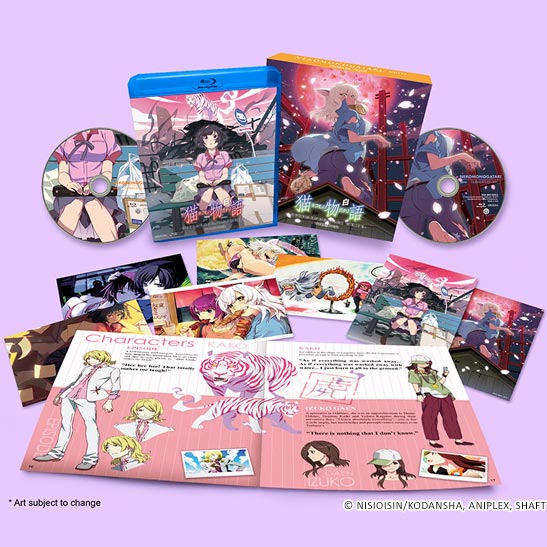 At the end of summer vacation, upon the morning of the opening ceremony for the second semester, Tsubasa Hanekawa encounters an enormous tiger on the way to school.
“White. So white... So purely, blandly white...”
Proclaiming Tsubasa as such, the white-furred tiger strides past her and vanishes. After this happens, Tsubasa’s house is destroyed in a fire. But this is just the beginning of a series of unfortunate incidents for her and the people around her. Koyomi Araragi decides to save her with help from the former “Kiss-Shot," a legendary vampire. 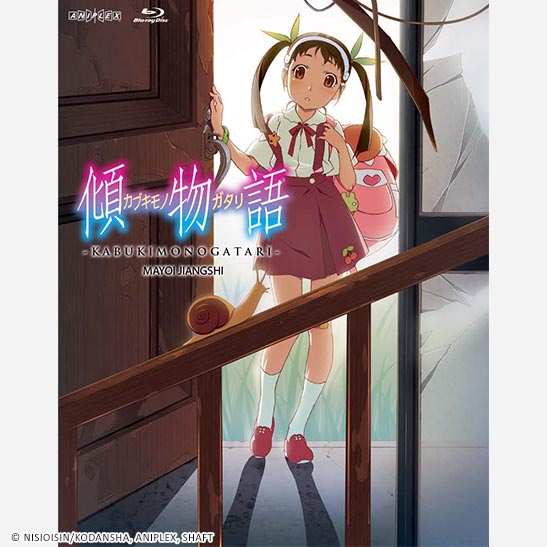 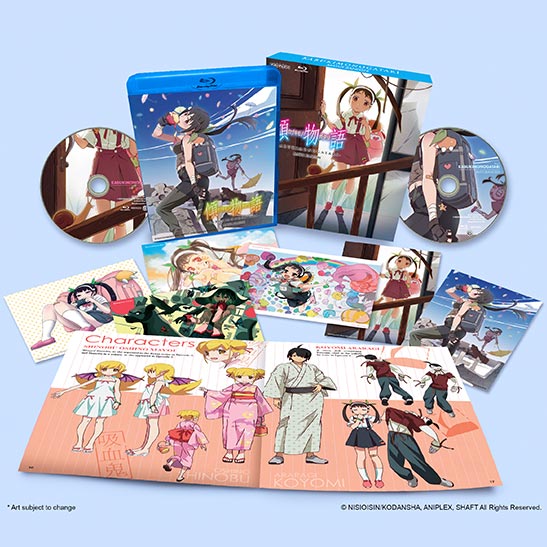 The Second Arc of the MONOGATARI SERIES SECOND SEASON!

On August 20th, on his way to delivering Mayoi what she had forgotten at his home, Koyomi encounters Yotsugi Ononoki, a girl familiar. Koyomi spends the day buying Yotsugi ice cream instead of doing what he originally planned to do. Unable to find Mayoi, Koyomi gives up and heads home and realizes that he has not done any of his summer assignments even though tomorrow was the first day of school. With help from Shinobu, Koyomi travels back to the past so that he can finish them, but instead, they end up traveling back 11 years ago! The date is May 13th, the day before Mother’s Day when Mayoi was killed in a car accident on her way to see her mother. Koyomi realizes that he can save Mayoi by changing the past, but what will be the outcome of his actions... 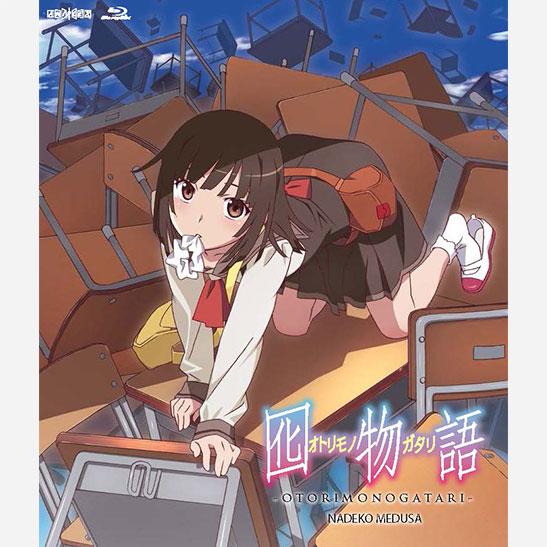 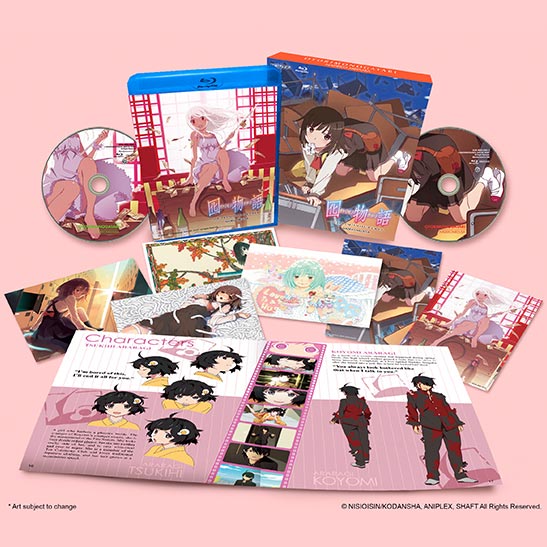 The Third Arc of the MONOGATARI SERIES SECOND SEASON!

Nadeko encounters a giant snake who claims to be a deity named Kuchinawa. Kuchinawa promises Nadeko that he would grant her wish if she aids him in the search of his object of worship. Little does Nadeko know that obtaining the object of worship will cost her more than what she expected. Koyomi tries to convince Nadeko to let go of the object of worship. But it's too late, Nadeko swallows the object and becomes a snake apparition! To make things worse, now Nadeko wants to kill Koyomi and Shinobu Oshino. 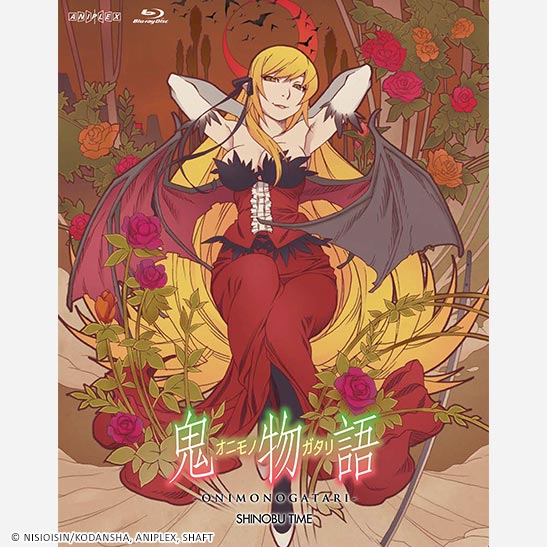 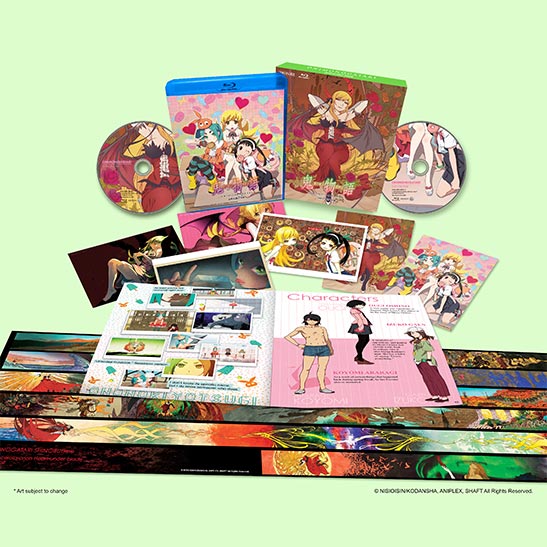 The Fourth Arc of the MONOGATARI SERIES SECOND SEASON!

After time traveling to the past with Shinobu Oshino, Koyomi Araragi meets Mayoi Hachikuji and returns her backpack which she left in Koyomi’s room. That is when they witness something unidentifiable – something that can only be expressed as the “darkness.” Koyomi, instinctively feeling danger, sits Mayoi on his bicycle and attempts to escape, but the ever elusive “darkness” tries to swallow the two of them. They barely manage to escape with the help of the young shikigami girl, Yotsugi Ononoki, and they evacuate into the ruins of the cram school. There, Shinobu tells him that she encountered the “darkness” about 400 years ago. Then a woman named Izuko Gaen, who says she knows Meme Oshino, explains to them the nature of the “darkness.” And Koyomi has to face Mayoi’s tragic fate. 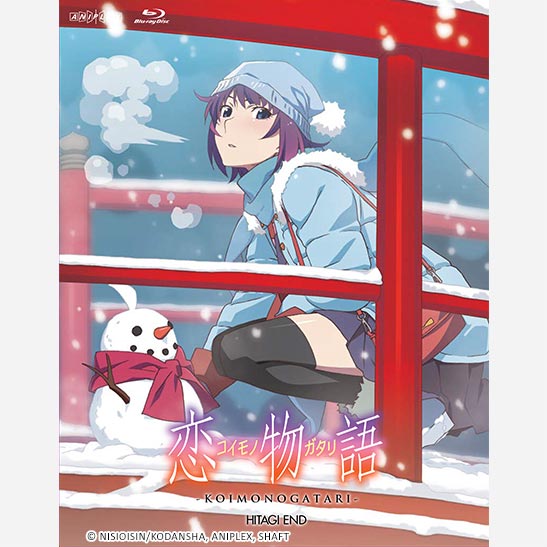 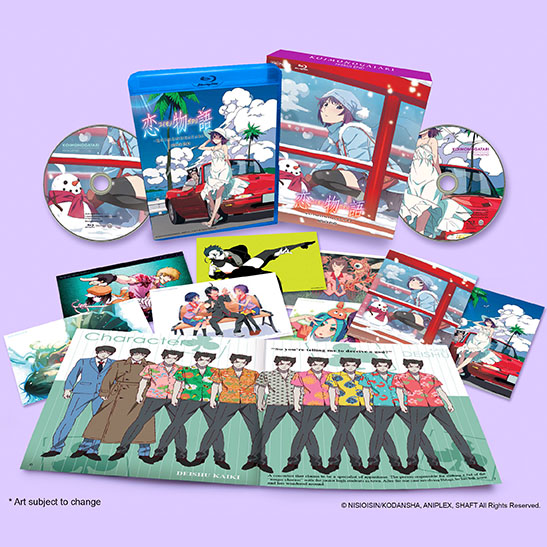 The Fifth Arc of the MONOGATARI SERIES SECOND SEASON!

On January 1st, Hitagi Senjyogahara calls her nemesis, the con-artist Deishu Kaiki, to request his services, saying, “There is someone I'd like you to deceive.” The request is a bitter choice for her to make, but one that would save her and her dear Koyomi Araragi from a “death sentence.” Kaiki starts to research his target, Nadeko Sengoku, the junior high school girl who became a god of North Shirahebi Shrine. As Kaiki investigates her background, he finds her secret that she has never told anyone before including her loving Koyomi Araragi. Can Kaiki save Hitagi and Koyomi before time is up?! 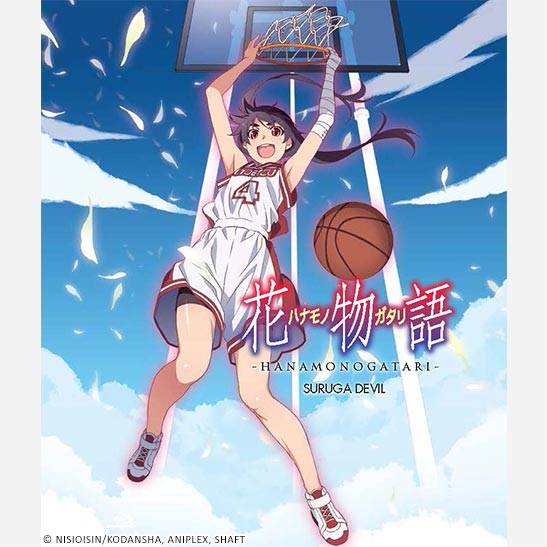 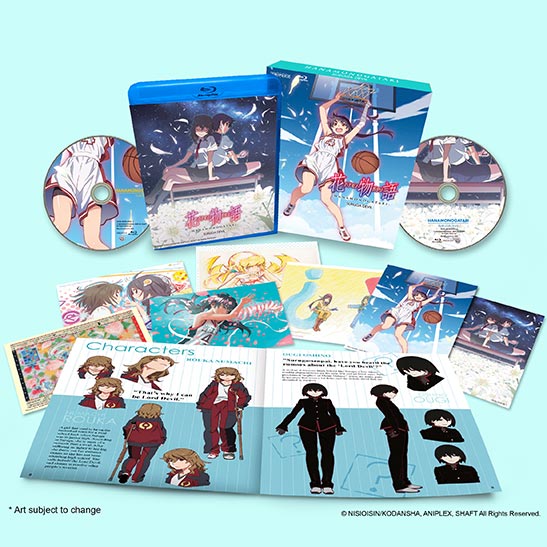 The sixth Arc of the MONOGATARI SERIES SECOND SEASON!

One morning, Suruga Kanbaru meets Ougi Oshino, who calls himself a nephew of Meme Oshino. He tells Suruga about a rumor of “the Lord Devil” that grants any wish. Suruga is worried that the identity of the Lord Devil is none other than herself because she made a wish on “the Monkey's Paw.” The item was left behind by her mother, and turned Suruga into a Rainy Devil and made her try to kill Koyomi Araragi. In order to find out the identity of the Lord Devil, Suruga decides to meet the Lord Devil, but who she sees at the meeting spot is the most unexpected person – Rouka Numachi, Suruga’s old archrival…