the Garden of sinners | ANIPLEX OF AMERICA 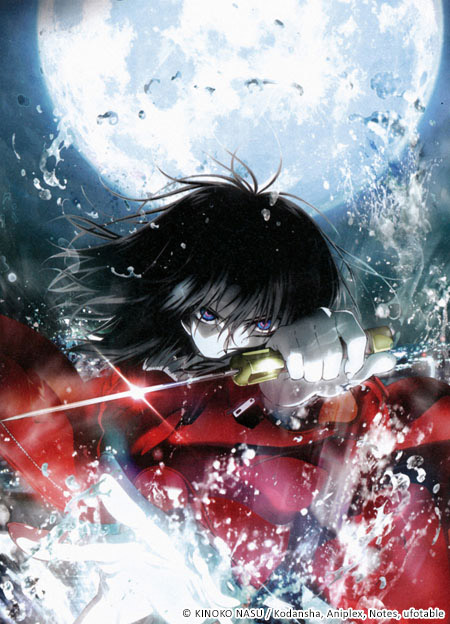 “the Garden of sinners” is a series of hit cult novels written by KINOKO NASU of TYPE-MOON (“Tsukihime -Lunar Legend-,” “Fate/stay night”) and published in the KODANSHA BOX series. The best-selling novel series has since been adapted into seven fully-animated theatrical films by one of the most renowned anime studios, ufotable (“Fate/Zero,” “Fate/stay night [Unlimited Blade Works]”). Each corresponding movie directly covers each of the original seven chapters. In Japan, the series of movies were released in theaters, beginning December 2007. Each successive release became a box office smash with record high attendance.

After lying in a coma for two years caused by a traffic accident, Shiki Ryougi awakens with amnesia. Inexplicably, she finds, in turn, that she has also obtained the “Mystic Eyes of Death Perception” in which she can see the invisible lines of mortality that hold every living and non-living thing together. Working for a small independent agency, Shiki attempts to unravel the baffling mystery behind a series of abnormal, horrifying incidents. Are they a foreshadowing that leads to something even more tragic and ominous? Things are not what they appear to be on the surface, but what dark revelations lie underneath? In this modern occult-action thriller, Shiki must tackle supernatural incidents with her special abilities while searching for her purpose for living. 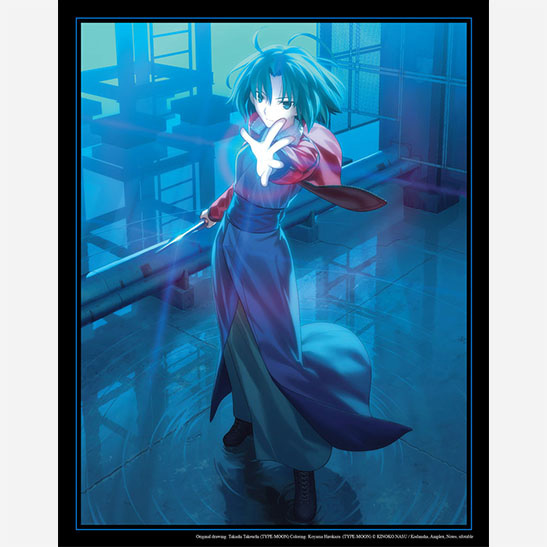 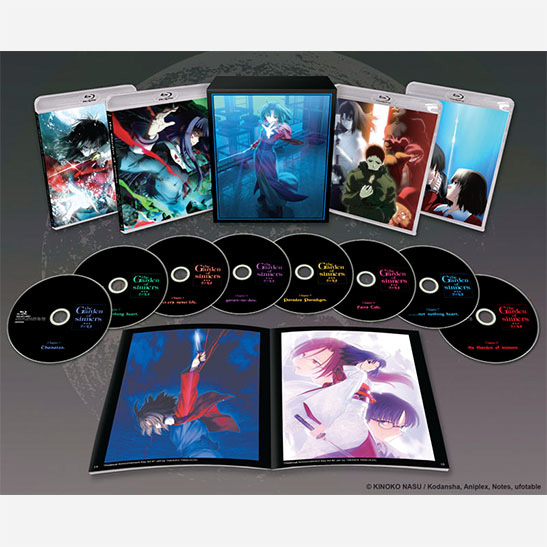 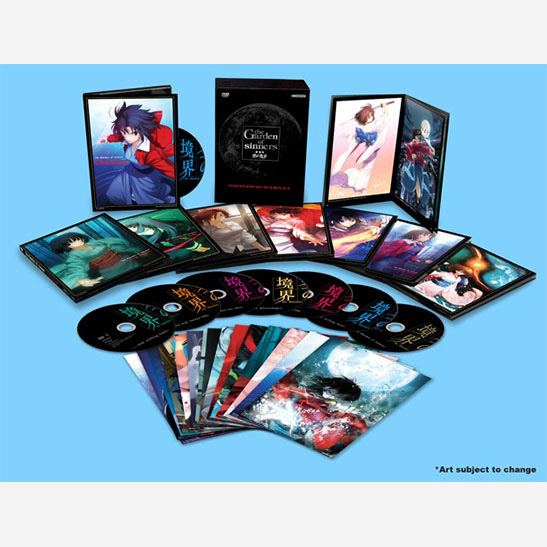 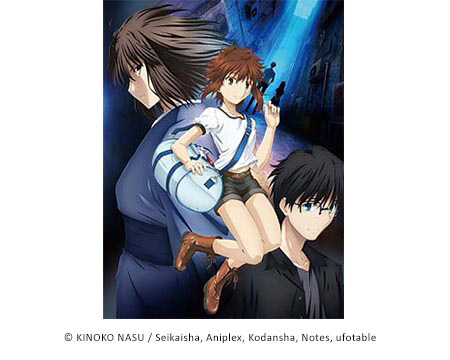 August 1998. At this moment, serial bomber Meruka Kuramitsu is certain of victory. Flip a switch. In the ensuing explosion, Shiki Ryougi’s body will scatter into pieces. Can Shiki survive the battle against this person with precognitive power? 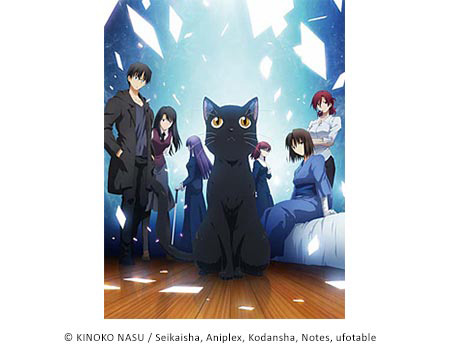 Shiki ends up keeping a black cat while Mikiya Kokutou is out of town. Meanwhile, Ririsu Miyasuki, a student of Reien Girls’ Academy, suffers from the loss of her best friend who committed suicide by jumping off the Fujou Building. When she tries to kill herself, she encounters her classmate Asagami Fujino, who has psychokinetic power.

the Garden of sinners -recalled out summer- 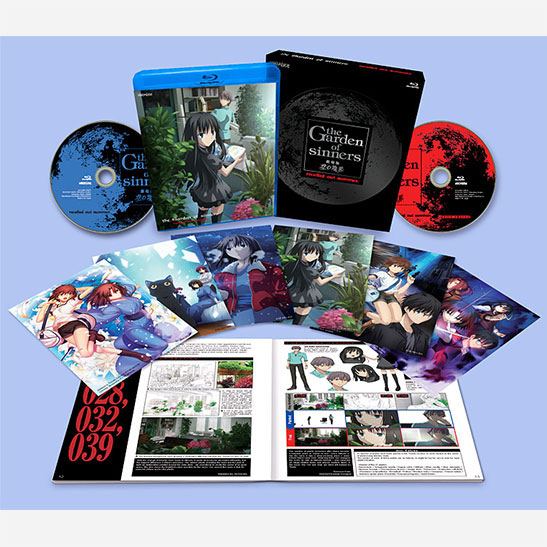 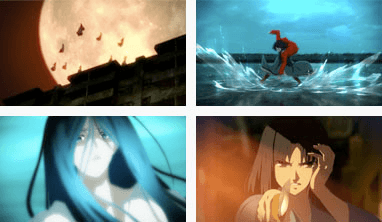 In the city where Shiki lives, something triggers a spate of mysterious schoolgirl suicides. The connection between the girls who leapt to their deaths is unclear, although all of them have jumped from the Fujou Building, a skyscraper scheduled to be demolished. Meanwhile, Mikiya, after having gone near the Fujou Building, has fallen into a coma. Shiki heads to the Fujou Building herself to save Mikiya. And waiting for her there…is Kirie Fujou. The girls' suicides and Mikiya's coma were all caused by Kirie. Terminal illness had left her bedridden and immobile in a hospital, but one day, she acquires a spiritual body, a separate entity from herself. 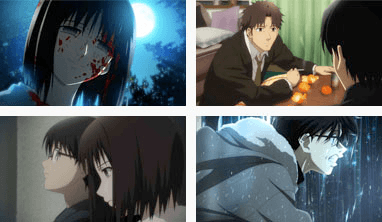 Mikiya Kokutou meets a girl who has a mysterious gaze, and falls in love with her. That April, at his high school entrance ceremony, Mikiya is reunited with the girl. The girl's name is Shiki Ryougi. Shiki keeps others at a distance, but as Mikiya interacts with her, she gradually opens up to him, though not without trepidation. Meanwhile, the city has been rattled by a series of bizarre murders. There are no known links between victims, and the motive is unclear. One day, Mikiya meets “SHIKI,” another personality that resides within Shiki. Mikiya suspects who the murderer is, but at the same time, he decides to believe in Shiki. An astonishing secret awaits him, but he doesn’t find out until three years later…. 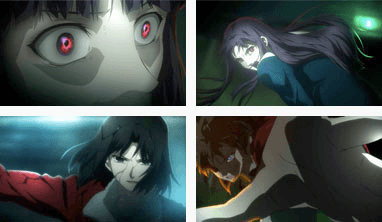 One night, Mikiya helps a girl who is lying doubled over with stomach pains. Around that time, a number of dismembered bodies are found throughout the city. The murder victims are torn apart so badly that they don't seem like the work of a human. Shiki finds the perpetrator of those crimes, who turns out to be the girl that Mikiya had saved. Her name is Fujino Asagami. Like Shiki, who possesses the Mystical Eyes of Death Perception, Fujino has the psychokinetic power to bend anything. At the end of a battle, what Shiki decides is…. 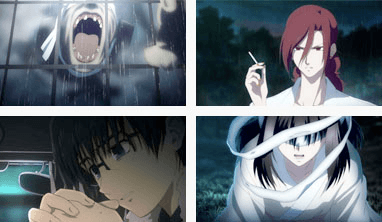 After spending two years in a coma caused by a traffic accident, Shiki Ryougi awakens with amnesia. One day, Shiki is visited by Touko Aozaki, a wizard and proprietor of a studio called "Garan no Dou." Due to the loss of her alternate personality, Shiki has lost not only any memory of her accident, but also any real sense that she's alive and spends her days as a mere empty shell of herself. Strange, enigmatic beings begin to attack her, trying to take control of her body, now that her soul is hollow. However, one day, she confronts the attackers who've resorted to force and Shiki makes the decision to fight of her own volition. 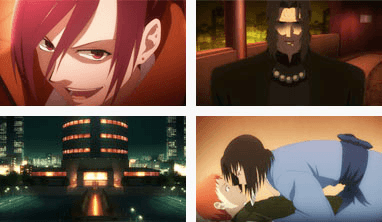 Shiki meets a boy named Tomoe Enjou, a runaway who claims to be a murderer. Shiki allows Tomoe to use her apartment as his hideout. And from that day onward, their strange cohabitation begins. But then one day, Tomoe sees his mother whom he's sure he's killed. Shiki and Tomoe head for the Enjou residence in the Ogawa Complex where the two see Tomoe's parents alive! There Shiki encounters a mage named Souren Araya and finds that he is the mastermind behind all of the incidents involving her up to then. Shiki finds herself trapped within spirals of paradox. And this is only the beginning of a vicious plot by Souren Araya, the powerful sorcerer and archrival of Touko. 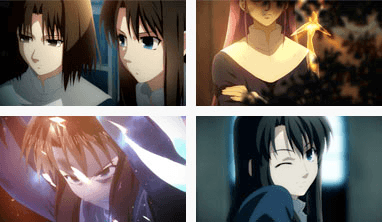 Apprentice mage Azaka Kokutou, Mikiya’s younger sister, has been ordered by her mentor, Touko Aozaki, to investigate a certain incident in which fairies steal the memories of students at Azaka's school, Reien Academy. Azaka launches an investigation with the help of Shiki who can see fairies. As the investigation proceeds, Shiki finds out that Misaya Ouji, a student body president, is the one who controls fairies. However, the mastermind who gave her the power is Satsuki Kurogiri, a magus who controls words. Ironically, thanks to Satsuki’s magic, Shiki remembers that she had encountered Souren Araya and what he had told her two years ago.

……not nothing heart. (Murder Speculation Part B)
-February 1999 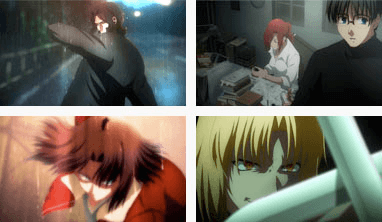 Shiki awakes from her coma and starts to live a new life. Meanwhile, a series of murders are occurring after four years of silence. “Who is the murderer?” The incidents remind her of a murderous impulse hidden inside her soul and “SHIKI,” her lost alternate persona. While Shiki searches for a suspect, Mikiya also starts an investigation of his own to prove Shiki is innocent. As he follows a lead of a drug dealer, Mikiya comes across Rio Shirazumi, who was a senior at his high school. Mikiya finds out that Rio is the one who sells the drug called “blood chip” and tries to convince him to stop, but he is instead harmed by Rio.