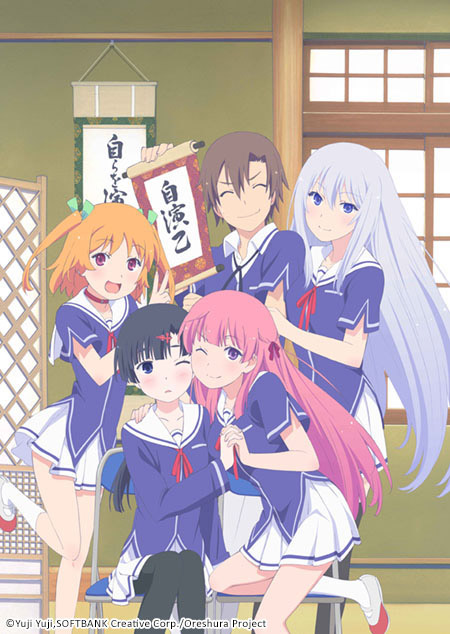 Eita Kidou, is a high school freshman with excellent grades and a disdain for love. He used to live a regular school life with his childhood friend, Chiwa Harusaki, a girl who's nearly a sister to him, but then one day the school's most beautiful girl, Masuzu Natsukawa, confesses to him.

However, her true desire is only to fool the eyes of others and pretend to be a couple. With a certain secret of his in Masuzu's hands, Eita is forced to play along… But a fierce battle over Eita begins as his ex-girlfriend, Himeka, and his fiancé, Ai, join the fray! 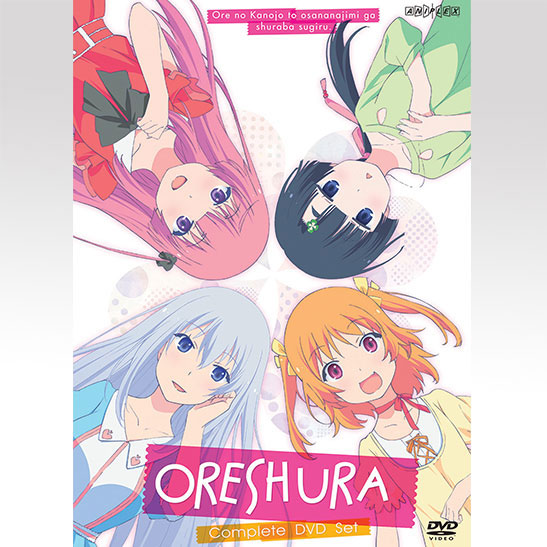 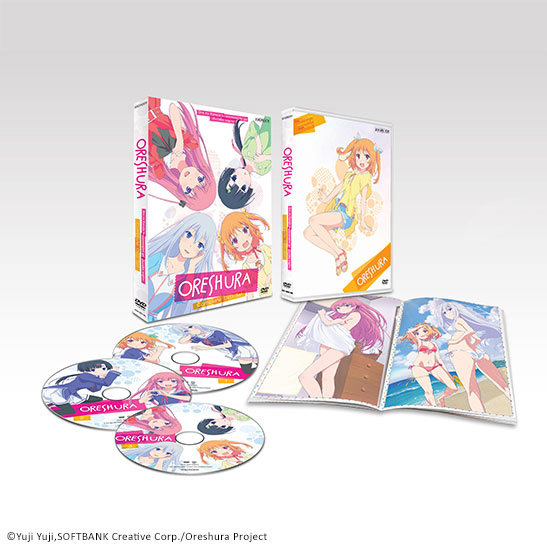 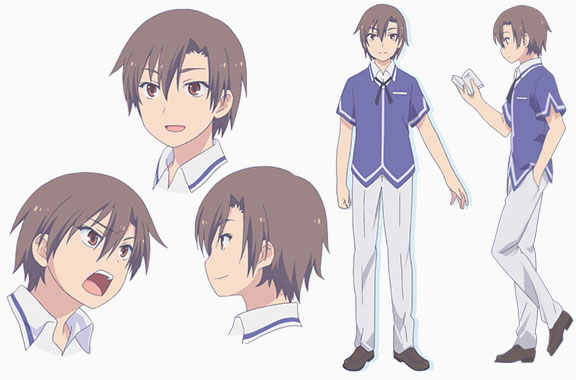 The protagonist of the series. A first-year student at Hanenoyama Prefectural High School, he is an ace student whose grades are always at the top of the class.Being a former victim of "8th-grader's syndrome," Eita used to keep a journal filled with entries of fantasy, heroes and imagination. That same journal he kept in those days of juvenile power fantasies falls into the hands of Masuzu, and he finds himself blackmailed into pretending to be a couple with her or his journal entries will go public. Personally, he is opposed to all things romance as a result of his parents' divorce. 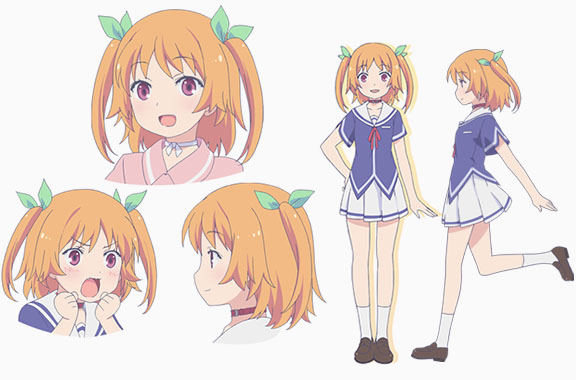 Eita's "childhood friend." Although she was once a Kendo practitioner whose skills could have taken her to the national championships, she suffered injuries in an accident during middle school leaving her unable to practice Kendo. She sees Eita's girlfriend, Masuzu, as her enemy. She loves to eat meat at every meal. 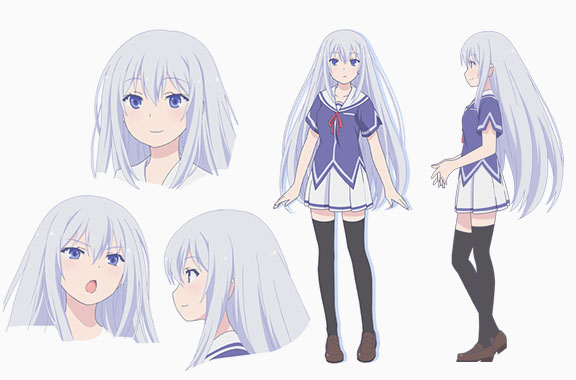 Eita's "girlfriend." She has silver hair and blue eyes, has lived overseas, and hates seeing couples together. Exhausted from boys professing their love for her day after day, she uses Eita's journal to blackmail him into being her fake boyfriend. She has quite a wicked tongue. 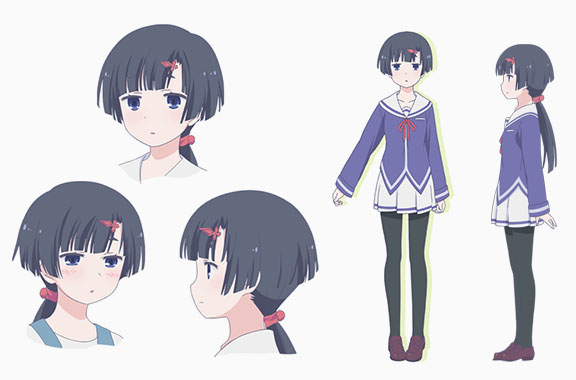 Eita's "ex-girlfriend." Daughter of the family that runs the Akishino Inn, which is long-established and famous around Hanenoyama. She has an introverted personality, but she will show aggression when Eita is concerned. 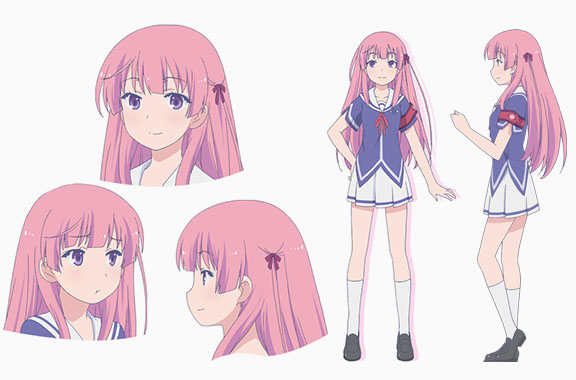 Eita's "fiancé." She is a member of the Student Discipline Committee, and there are many who believe she will be the next chairperson, even though she is only a first-year student. She is antagonistic towards Masuzu's "The Club for Young Maidens to Recreate Themselves."

The Start of My High School Life is a Battlefield

Eita Kido, a straight-A first-year high school student who is opposed to anything to do with romance, has been living a perfectly ordinary high school existence with his childhood friend Chiwa Harusaki. But then Masuzu Natsukawa, the prettiest girl in school, suddenly professes her feelings for him. When a dubious Eita asks her why she's doing this, Masuzu tells him, "Because I like you." What is she really up to...?

Starting a New Club is a Battlefield

Eita has become Masuzu's "boyfriend." Dead set against this, Chiwa declares that she will oppose Masuzu by becoming irresistibly popular. However her efforts fail miserably, which causes Masuzu to form a new club. She calls it "The Club for Young Maidens to Recreate Themselves"!

A Battlefield over the Tears of a Childhood Friend

Chiwa joins "The Club for Young Maidens to Recreate Themselves" with the goal of making herself super popular. Spurred on by Masuzu's advice to make herself popular by fighting, Chiwa decides to take on her enemy from a former life. In the classroom, she puts on a play written by Masuzu Natsukawa, starring Eita Kido and Chiwa Harusaki, entitled "Pretending to Do Battle With An Enemy From a Former Life," and then...

Man's fight is a Battlefield

On the day of her date with Sakagami, Chiwa sets out for their meeting spot in an outfit that Masuzu put together. Eita and Masuzu hide to see how it plays out. Eita is annoyed at Sakagami when he fails to show, but Masuzu's face is blank... An hour late for their date, Sakagami finally turns up, but--!

The Truth of the Love Letter is a Battlefield

"I want to restore the connection that we once had long ago." A series of love letters is delivered to Eita's shoe box. However, he has no idea what the mysterious sentences written on them means. In the meantime, the latest club activity is "Write a theme song for the club." There, Eita is exhausted from his notebook being read out loud. On the way home from school, a blonde, blue-eyed girl appears before Eita and Masuzu. Who is this girl who calls Masuzu "Elder sister"...?!

A Battlefield Where the Gray World is Cut to Shreds

Chiwa and Masuzu are shocked to meet Himeka Akishino, Eita's "ex-girlfriend." Even Chiwa was unaware of her existence and Chiwa is Eita's childhood friend. After school, Himeka, who has come to a club meeting at Masuzu's behest, immediately takes part in a practice run of "Operation: Toast Makes You Popular!" However, Chiwa and Masuzu find themselves in the Disciplinary Committee's crosshairs again as a result of the ensuing chaos. And then, when Eita and the others are cleaning the pool on their day off as Disciplinary Committee punishment, who should appear before them...?

They're Only Summer Classes, But They Too Are a Battlefield

The day after the Disciplinary Committee's Ai Fuyuumi announced their decision to disband "The Club for Young Maidens to Recreate Themselves," Eita wakes up in a bed in the school infirmary. To Eita's surprise, he finds Himeka lying beside him! Chiwa and Masuzu are outside the infirmary, knocking on the door. Eita panics at this terrifying situation, but thanks to Ai interjecting herself, a bloodbath is avoided. Summer vacation starts, and he sees Kaoru and Ai in the summer classes he's taking. Eita is shooting for a "Summer of Studying," but will he really be able to focus on his books?

Masuzu's plan is to try to stop the disbanding of "The Club for Young Maidens to Recreate Themselves" by discovering Ai's weakness. On their day off from summer classes Eita originally had plans to go to the movies with Kaoru and Ai. However Eita has been tasked by Masuzu with the mission of making Ai fall madly in love with him so they can dig up dirt on her. To help make this a date for Eita and Ai, Chiwa takes part in the plan as Kaoru's partner to make it a double date.

A Promise That Comes Back is a Battlefield

Eita finds and reads Ai's notebook in the classroom. Inside are written poems dripping with delusion! What is it that Ai suggests to Eita, who is desperate to help her out...?

"The Club for Young Maidens to Recreate Themselves," having been promoted to official club status with Ai acting as their coach is going to hold a summer camp. Currently they are discussing where to go for camp. Since Himeka has never been to the beach, they decide to stay by the beach! The next day, Eita goes swimsuit shopping with Chiwa, but Masuzu also comes along. Sparks are already flying between Chiwa and Masuzu, and when Himeka and Ai, who are also out buying swimsuits, join in, this swimsuit shopping turns into a battlefield...!

The Excitement The Night Before a Trip is a Battlefield

"Now, tell me which one of these girls you really like?" As the girls hang out next to Saeko, who has drifted off to sleep after dropping this bomb of a statement, the club members discuss how to raise funds for their camp trip. Himeka suggests getting part-time jobs, but Ai is against it as a member of the Disciplinary Committee. Saeko suddenly wakes up and tells them about a certain "contest" on the seashore. Saeko mentions that if they compete, she'll provide lodgings for their camp. But what, exactly, does this contest entail...?

The Result Following a Conspiracy is a Battlefield

Eita and the girls finally arrive at the beach and get right down to club activities. The club members have a blast, indulging in swimming, shell collecting, sand games, and watermelon splitting. However, amidst all the fun and games, the girls' suspicions about Eita and Masuzu's relationship grow deeper...

A Battlefield that Leads to a New World

The "Miss Ore-Dere Contest" has finally begun.
With some effort, Chiwa, Himeka, and Ai all tell Eita how they feel. And now it's Masuzu's turn. Up on the stage, Masuzu begins to explain that she has no right take part in the contest…